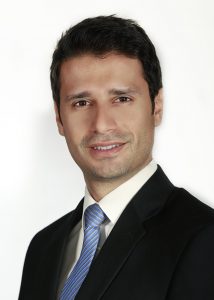 Evripides graduated from the English School of Nicosia in 2004. He completed two years in compulsory service as an officer whereupon he moved to London for his LLB degree. Upon completing an LLB degree at the Queen Mary University London in 2009, he subsequently attended the University College London for his Masters degree in Corporate Law. He graduated with Distinction.

Upon coming to Cyprus he successfully passed the Cyprus Bar Examination ranking 4th in Cyprus. In 2012 he begun studying for the CIOT Advanced Diploma in International Taxation where he obtained a Certificate in International Taxation as well as a Transfer Pricing Certificate. In 2015 he successfully submitted his dissertation thereby becoming an ADIT.

In 2016 Evripides published a book on the Sale of Goods and Consumer Protection published by one of the leading law publishers in Greece: Nomiki Bibliothiki. The said work consists of 692 pages and it aims to act as a first point of reference for students, academics and judges. Evripides has also published several journals in the UK (such as the Corporate Lawyer published by Thomson Reuters) and has on numerous instances, been cited and quoted in journals as well as English legal textbooks such as Card & James, Business Law 2016 (Oxford University Press) and Stefan H.C. Lo, In Search of Corporate Accountability: Liabilities of Corporate Participants 2015 (Cambridge Scholars Publishing).

Evripides had worked as a legal intern at Marfin Laiki UK and he is currently a partner at D. Hadjinestoros & Co LLC. He has taught extensively in matters relating to Commercial Law as well as Immigration Law. He currently lectures Business Law as part-time at both the Cyprus College as well as the European University of Cyprus.

In 2017, Evripides has been leading the team of experts commissioned by the Consumer Protection Service of Cyprus to carry out a study on the current state of consumer protection law in Cyprus, suggest amendments to it and propose its codification. In 2018 Evripides founded the Cyprus Consumer Center for Alternative Dispute Resolution – a Consumer ADR Entity regulated under the Consumer ADR Directive 2013/11/EU.

Evripides is part of the litigation team at D. Hadjinestoros & Co LLC litigating in the District Courts as well as the Supreme Court of Cyprus in commercial and corporate matters. Other areas of practice include, consumer protection, immigration, probates as well as banking and finance law.

We offer a wide range of services and we help the client through the process of acquiring citizenship or permanent residency.

We are experienced in advising and representing clients in relation to wills, estate planning, administration of estates and successions.

At Hadjinstoros LLC we offer the full spectrum of Corporate Services and we advise on all matters of corporate law.

We advise on a wide variety of banking transactions as well as compliance and regulatory issues.

We use cookies to ensure that we give you the best experience on our website. If you continue to use this site we will assume that you are happy with it.OkNoPrivacy policy